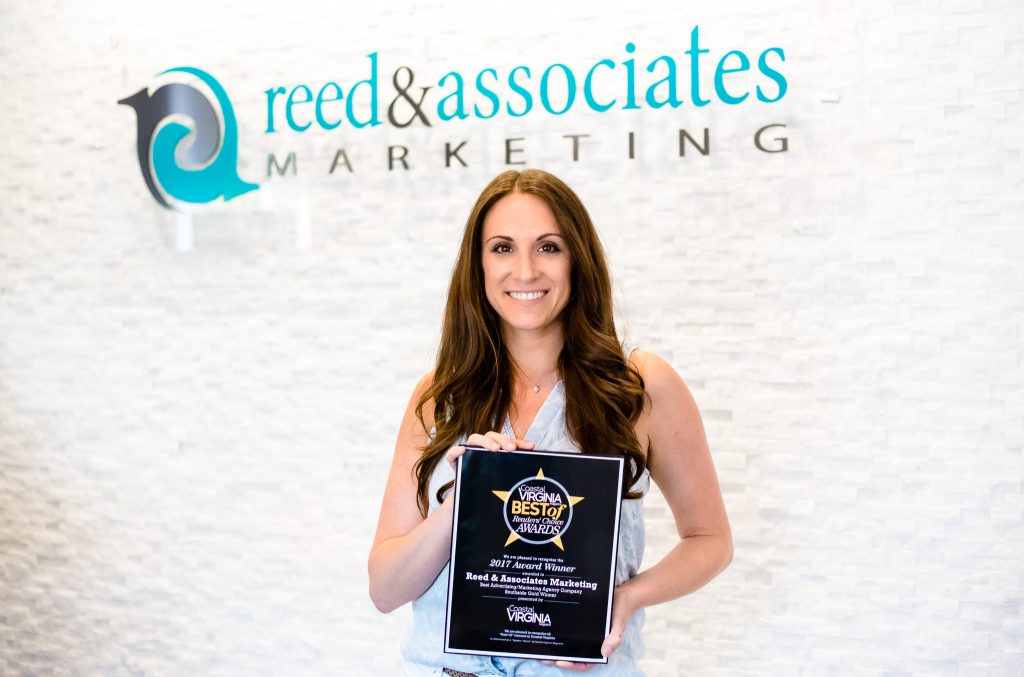 The award, which was voted on by the public from early January through the end of March, is an opportunity to endorse local individuals and businesses that stand out as the best in their field. This year, there was a 27 percent increase in votes were cast totaling over 268,000. The categories readers could choose from include Arts & Entertainment, Education and Professional Services, among others. R&A exceeded the number of votes for all other Southside Hampton Roads advertising agencies and will be featured in the July/August issue of Coastal Virginia Magazine.

Ashley Knepper, Reed & Associates Marketing owner and president, said, “We are thrilled to be recognized once again by CoVa readers, as the top agency in our market. It’s an honor to be among other flourishing businesses in the pages of Coastal Virginia Magazine for the second year in a row.”

Launched in 2008, R&A started with media planning and buying as the cornerstone of the organization; however, its evolution to becoming a multifaceted agency was based on the desire to be a true partner in the complete marketing process. The unique performance-based approach is the basis of the company’s success and clearly stands out amongst others in the field. “After nearly a decade of serving clients across the country, I’m proud our commitment to driving tangible results continues to set us apart from others in our field, added Knepper.

The team looks forward to attending the “Best Of” party on July 27th, joined by other industry-leading businesses in Hampton Roads.  To learn more about what sets this award-winning agency apart, visit http://bit.ly/CoVaGold.